Coming Soon: You Were Always the One 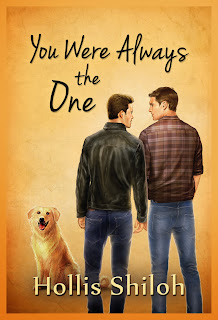 Max struggled through every day in high school, especially when his hormones seemed to crave boys rather than girls. His best friend Mason and Mason’s younger brother Jamie made a bright spot in his teen life, until he confessed to Mason he was gay. Mason responded by ripping away all his joy, ending their friendship, and warning Max against seeing Jamie. Max is a policeman now, comfortable in his sexuality but private and wary, taking solace in his job and the friendship of his golden retriever Alex. But the past he thought was behind him demands resolution when a  prickly, wounded, shockingly sexy Jamie gets arrested, and Max comes to the rescue.


To be published in November 2013 by Dreamspinner Press.