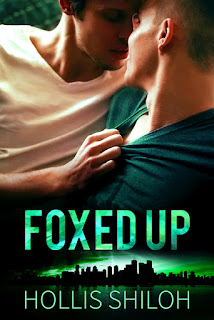 Wallace and Jon have been together for six months, and things are going well — it's time for Wallace to meet Jon's son, time to start getting serious. But an overheard conversation makes Wallace doubt everything. Is Jon for real, or has he been using Wallace all along? Relationship issues come to a head...and then have to take second stage when Wallace becomes involved in a dangerous undercover operation. Will their love survive...and will Wallace?

A shifters and partners novel