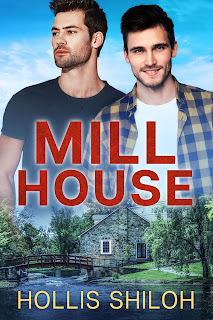 Andy has had a rough life. As the lovechild of a wolf shifter and a big cat shifter, things were never destined to be easy. A mate mix-up and his time in prison didn't exactly help, either. But he's getting back on track now. He's in a program to help troubled shifters re-integrate into society.

Mill House becomes the first real home Andy's ever had. When he has to leave, it's not easy. If there's a way back, he wants to take it. Even if that means working with Isaac Knowles. Isaac is far too attractive for his peace of mind. Andy certainly knows better than to fall for another man ever again. When you're wrong once about a mate, there's no second chance...right? 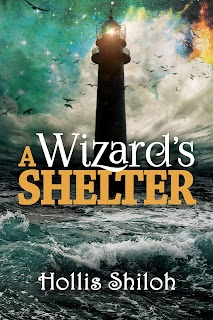 A Wizard's Shelter
by Hollis Shiloh

Elliot's magic is broken—and so is he. The trip to the lighthouse isn't a vacation. It's a place where he can't do much harm, while he waits to find out what his punishment will be. Oh, it's not his fault his magic is broken—nobody knows what happened or why. But he's dangerous now, too dangerous, perhaps, to be allowed to live. In his state of shock, the sea and his sister are good company.

And so is Rue, the handsome young man he meets there. Rue is sweet and strong and kind, and isn't afraid of him. Being around Rue calms Elliot's magic in unexpected ways. He's not sure why he's so drawn to Rue, or what it might mean about his sexuality, but the friendship between them is a lifeline in a turbulent sea.

Rue has some mysteries, too—specifically, his heritage. He's a selkie, and selkies mate for life, if at all. Loving Elliot would be a huge risk for him, but he can't let Elliot go, either.

Whatever the truth of Elliot's magic, and the risk for Rue, the two of them are better together. If they'll be allowed to stay together.

Posted by hollis shiloh at 10:57 AM No comments: