Yours, Johnny, by Hollis Shiloh 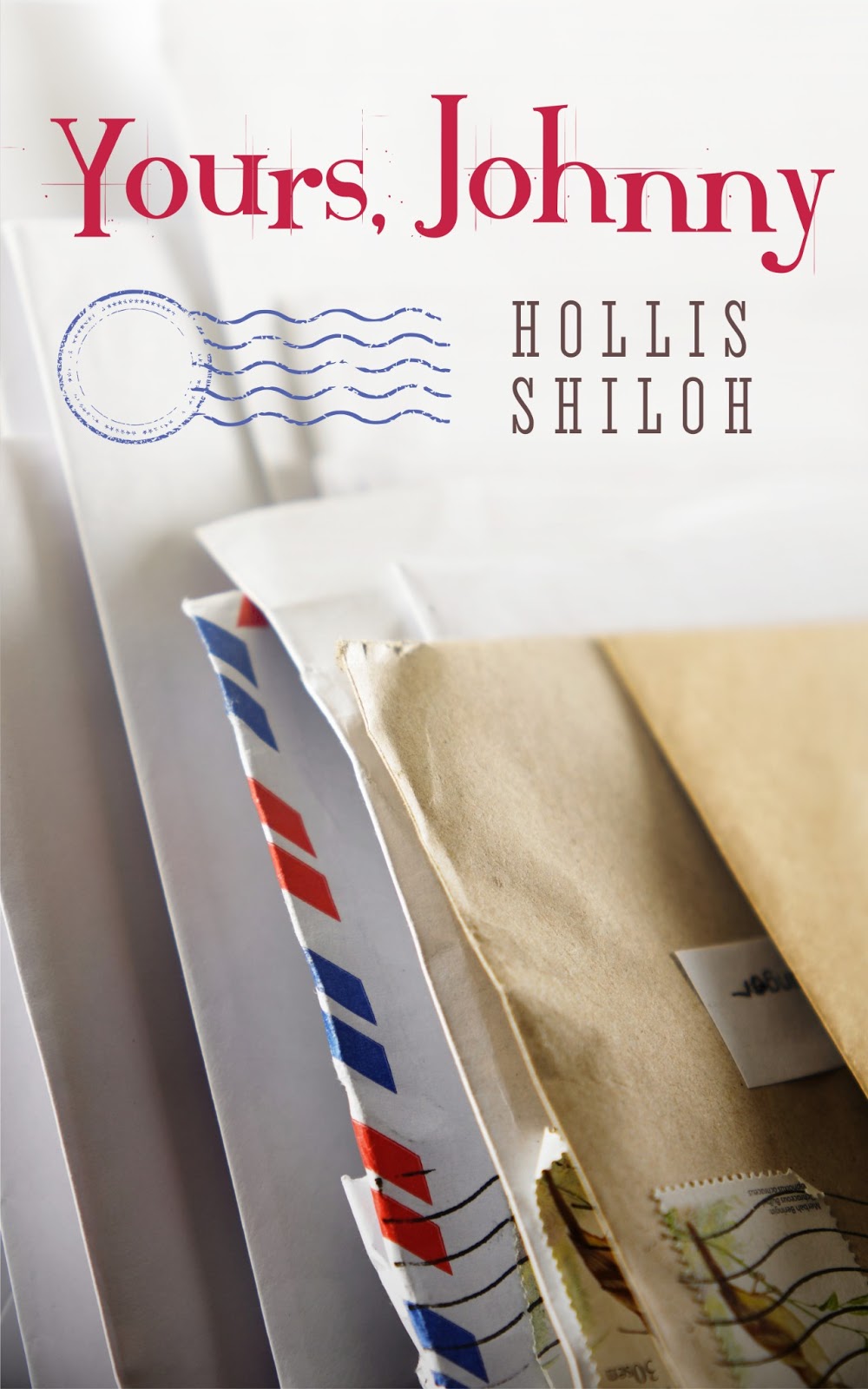 Yours, Johnny
by Hollis Shiloh

Two young men start to correspond—one a civilian, the other a soldier struggling with his life in Vietnam.

Pen pals become something more as the boys discover things about themselves and each other through their letters and their lives.

Cover art by the amazing http://www.goonwrite.com!

About writing the story:

This was an intense story for me, even though in many ways it's written very sparely.  (That seemed to be the style required.)  I love the characters, but it took me many months between writing the opening words and the ending ones.

I generally feel a little sad when a story ends, even if it's happy, because I feel like I'm saying goodbye to characters I adore.  This counts for me as a reader and as a writer.

No matter how happy writing 'the end' makes me feel, it is often a mixed feeling, because I know I may never write about these characters again.  (Sometimes, you just can't force a sequel, you know?)

But I don't cry about it or anything.

With this story, it was a little different.  I cried during one scene, not even a particularly sad scene—they were just talking; it was great actually—and I realized as I typed frantically away, crouching on my bed, that I was sobbing, those sort of chest-shaking, trembling-handed, noisy sobs.

I mean, I'm not a big crier.  I don't really do that a lot, especially while writing.  I love writing!  Sometimes it can frustrate me, but overall, it makes me very happy; that's why I do it.  I can count maybe a handful of times I've actually sobbed while writing, and I've written a lot of words of fiction in my lifetime.  Maybe I tear up a tiny bit during the occasional emotional moment, but nobody can prove it, and I don't always remember if I do or not; I'm focused on the story, you know?

But with that scene?  Oh my goodness!  I was doing the noisy, messy cry, the weird-little-sounds-like-a-wounded-animal sobs, the leaves-your-face-red-and-gross sobs.

It was that big to me, just hit me in the gut.  Not a thing of logic or contained, quantifiable mental energy, but simply pure emotion.

I'm still a little awed that a story of mine could do that to me so unexpectedly.  I sort of hope it makes somebody else gross-cry so I'm not alone, but I suspect the scene in question mostly had meaning for me personally, and may pass others by quite unexceptionally.