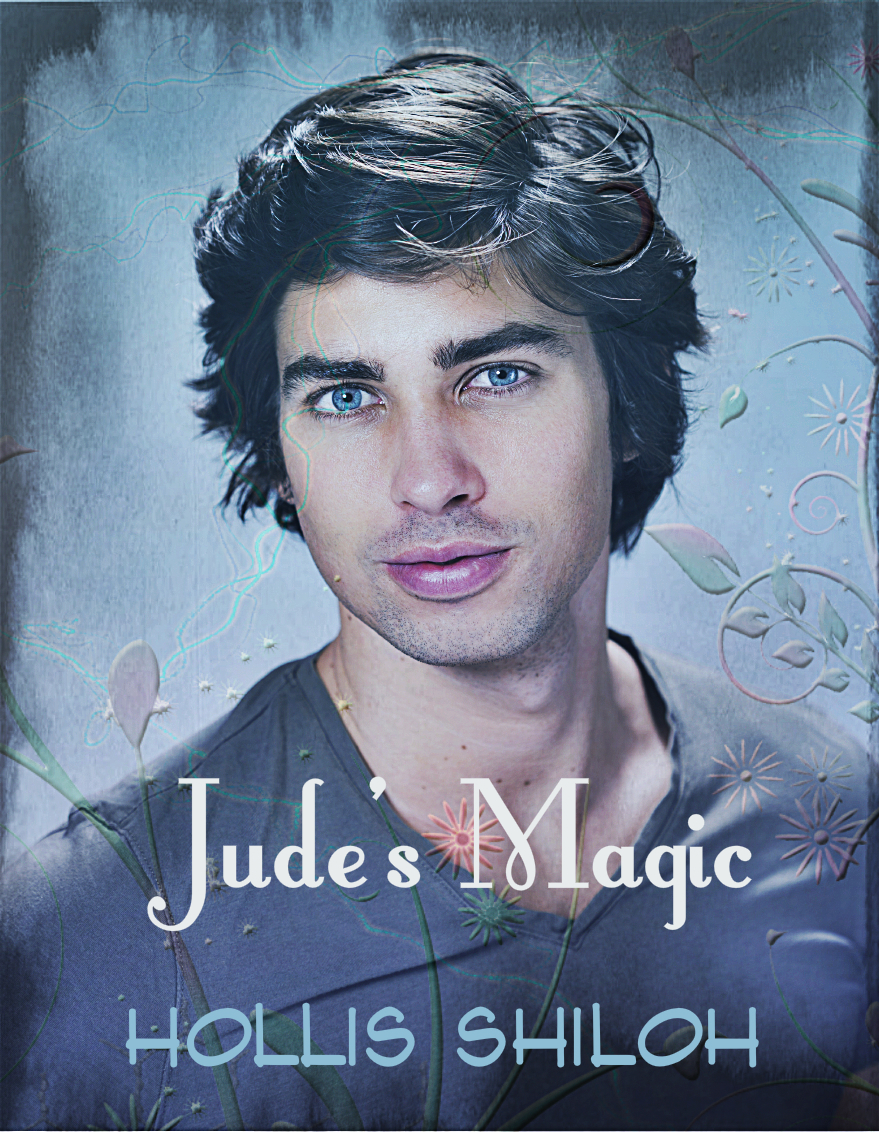 Jude has never had very spectacular magic, though he's always been too sensitive to the kind that hurts people. Desperate for work, he hires on as a companion to a wealthy man—who turns out to be a severely injured dueling wizard named Ferrous. Any sort of violent magic makes Jude physically ill. But Ferrous thinks Jude is the only one who can heal him. He might just be right.

Ferrous was looking around, passing a hand over his eyes and blinking rapidly. "I can see the light, and the shape of the plants. Let me look at you." He turned to Jude and drew back, squinting and blinking. "You're slim and dark haired, right?"

"And you'll stay? As my companion?" He started to reach for Jude again, and then held back instead.

Jude hesitated. It felt like saying yes to more than a job. It felt like a lot more. But somehow he didn't want to walk away, either. "Okay. If you want."

"Oh, I do want. Please speak to my cousin. He'll see about paying you and find you a room." Again he looked as if he was going to pull Jude close. But he only stared at him, long and hard and hungrily, as Jude got up and began to leave.

Something made him hesitate. "What did you mean, 'You're the one?'" It didn't make sense to him. Yes, Jude had the ability to fix some things, slowly and not very skillfully, but there were many better healing magicians out there. Jude's father had always scorned his gift, even though he'd sometimes wanted Jude to fix a cut, bruise, or hangover for him.

Ferrous hesitated and bit his lower lip. "I can't tell you just yet. But it's a good thing. It's…I'm very grateful to you." He ducked his head slightly.

He looked like he meant it so much that Jude couldn't help smiling. "I'm glad I could help." The words came out sounding shy.

"But I'm sure there are much better people out there for fixing your eyes."

Ferrous seemed to hesitate, to weigh his words. "Maybe you're the one I need," he said, and he spoke with such warmth and lack of pretense that Jude found himself blushing.

"Well—uh—okay. I'd better go now," he said, retreating quickly, glancing back to be sure he wasn't going to trip over something by walking backwards.

"Yes," agreed Ferrous, but he was still watching him—or at least staring at him with great intensity. His eyes weren't so filmy white now, as if they really were getting better.

As always, review copies are available for free!